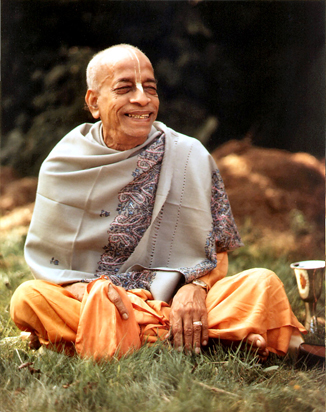 His Divine Grace A.C. Bhaktivedanta Swami Prabhupada appeared in this world in 1896 in Calcutta, India

In the years that followed, Srila Prabhupada wrote a commentary on the Bhagavad-gita, assisted the Gaudiya Math in its work and, in 1944, without assistance, started Back to Godhead. An English fortnightly magazine, edited it, typed the manuscripts and checked the gally proofs. He even distributed the individual copies and struggled to maintain the publication. Once begun, the magazine never stopped; it is now being continued by his disciples in the West and is published in over thirty languages.

Recognizing Srila Prabhupada’s philosophical learning and devotion, the Gaudiya Vaisnava Society honored him in 1947 with the title “Bhaktivedanta.”