The temple first started in 1987 and the first devotees to come here were Srila Prabhupada’s Western disciples. There were many, many dedicated who worked very hard to lay the foundation of our Taipei temple. The main devotees were Sevananda Prabhu, Yasomati Suta Prabhu and HH Tamal Krishna Maharaj, HH Narasimha Maharaj and HH Giridhari Swami. Later some devotees from Hong Kong also came to assist with the preaching. The devotees did many preaching and out-reach programs. Many also did book distribution. But it was no easy for the devotees because very few Taiwanese spoke or understood English. By the preaching efforts of the devotees, some locals started joining. This gave a boost to the preaching. These locals were later initiated and by Tamal Krishna Maharaj and became RajLaxmi dd, Kisore das and Manohari dd. The temple moved many times in the beginning years, then at Ting Zhou Road, the temple was stable there for many years, under the care of Sankirtana Prabhu. He was the temple president for many years. RajLaxmi dd was the temple translator then and is still doing that service. The temple was now officially registered. At the Ting Zhou road temple, many more locals joined the temple, by the preaching efforts of Ekachakra Prabhu and Jahnava mataji. These locals are now initiated disciples of HH Giridhari Swami. The next temple president was Dayal Nitai Prabhu. He was assisted by his wife, RajLaxmi dd. Dayal Nitai Prabhu started more out-reach programs and so more people were attracted. He organzied the first Jagannath ratha yatra in Taiwan. He also started regular harinams on Saturdays and on festival days. Later the temple moved to bigger premises in 2010, under the care of Taiwan GBC, Chandrasekhar Prabhu. Chandrasekhar Prabhu brought a revolutionary change. There was no more a temple president but there was a devotee management committee to oversee the temple. The committee is working under the guidance of HH Krishna Baladeva Prabhu, a Prabhupada disciple. All the core devotees got more responsibility and services. The congregation also increased. In addition to the weekly Sunday program, we have harinams on Saturdays, cooking classes and childrens’ classes. We have annual ratha yatra celebration and Janmasthami celebrations. The temple takes part in International Book fair. 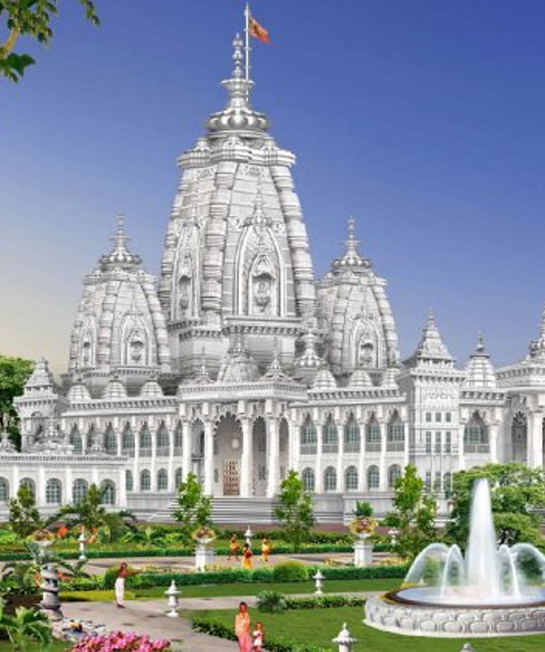